A species called Australian Tubeworm has been identified in the Tralee Ship Canal thanks to an ecological survey carried out in this important watercourse.

The survey, which is near completion, was secured by Tralee Rowing Club after applying for funding from the Local Authorities Water Programme (LAWPRO) to perform an ecological investigation of the Tralee Ship Canal. The survey is being undertaken by Aquafact International Services with assistance locally.

The Club was contacted in January of this year by Dr Noel Mulligan, a local marine biologist, about the increasing presence of a tubeworm in the canal area and the potential impact on its ecosystem. This call put the pieces in motion to secure the funding for this project, which is revealing ‘What Lies Beneath’ the water.

The ecological survey is nearing completion and results confirm that the canal has large quantities of Australian Tubeworm (Ficopomatus enigmaticus), Ragworm (Hediste diversicolor) and Sand Gaper (Mya areanaria).  These are particularly well adapted to the canal conditions. There are also a number of other interesting species that are resident in the canal.

The salinity in the canal fluctuates due to freshwater run-off from surrounding land and seawater entering the canal at high tide during spring tides. Temperature fluctuates also and we see the canal covered in a sheet of ice at times in the winter and very high water temperatures are recorded in the still water on hot summer days. Because of this challenging environment, the flora and fauna of the canal is restricted to species that can tolerate these brackish water conditions.

Dr Mulligan has assisted in preparing a presentation of ‘What Lies Beneath’ which will appear on the Heritage Week website. He has also assembled a display that can be viewed on the first and last days of Heritage Week. The display will be mounted on the canal basin in front of the Marina Apartments on Saturday 14th and Sunday 22nd August. This will allow the public to see what the different species living in our canal look like and learn a little of their ecology.

The Tralee Ship Canal (TSC) was built in the middle of the 19th century. It lay derelict for some decades and was brought back to its former glory about 20 years ago under the guidance of Kerry County Council.

Tralee Rowing Club (TRC) is located next to the boat slip on the canal and makes very good use of this excellent facility for training purposes. Kerry County Council has developed the 2 mile long tow-path which is now very heavily used by walkers. Given the proximity of the canal basin to the town of Tralee, this amenity is very accessible and provides locals and visitors alike with stunning vistas in all seasons as they walk from the town towards the sea at Blennerville; it is a real Kerry Gem. 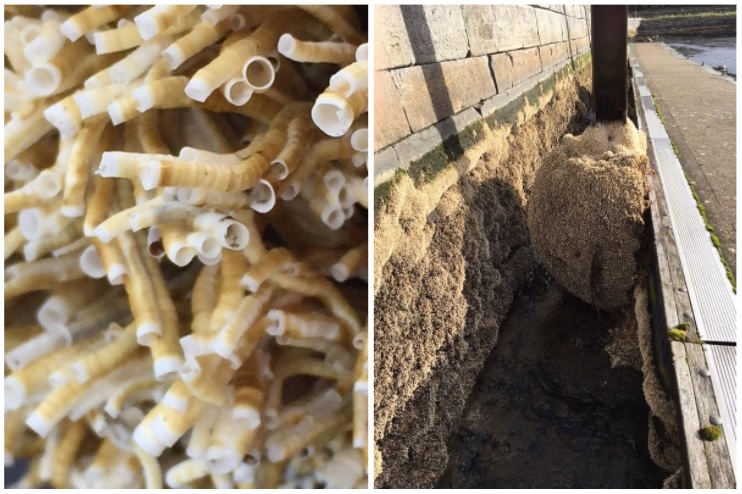 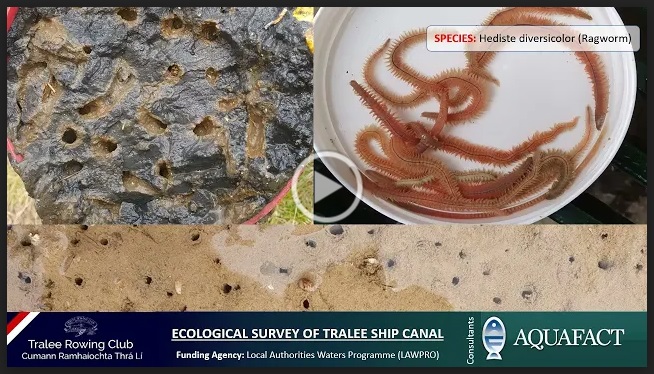 Tralee Rowing Club, Cumann Ramhaíochta Thrá Lí, was officially founded in September 2005 by Mary Bonner and Ed Sheldon. The Club is located at the basin end of the Ship canal and is the only rowing club of its kind in North Kerry. It has grown over the years into a Club of over 100 members and caters for people of all ages, both competitively and recreationally. 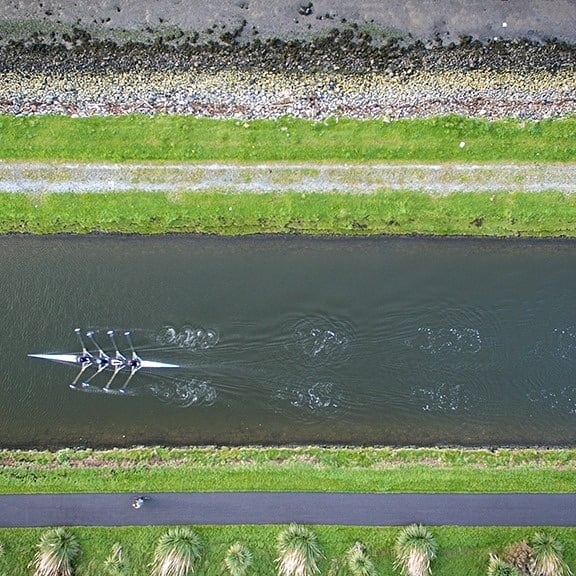