On Saturday June 15th Tralee Rowing Club attempted to break the Guinness World Record by gathering the largest group of people dressed as nuns in the one place. It was a fundraising event known as the Tralee Nun Challenge, organised by the Club in conjunction with Pieta House as part of the Féile na mBláth Festival in the town park. Although the numbers weren’t enough to break the record, the event was widely supported by the people of Tralee and beyond, and the nearly 800 participants that enjoyed all the fun of the event and the night to follow.

Tralee Rowing Club would like to thank the local businesses that offered special promotions ‘for nuns only’ on the night, those who bought tickets for their staff, made donations and helped spread the word.

As the event came to a close, Tralee Rowing Club Captain Heidi Giles thanked everyone for participating and commented on how it was an amazing sight to see all the ‘nuns’ in the park and congratulated them for a job well done. She reminded everyone of the fantastic work that Pieta House does and encouraged them to continue supporting the charity’s work.

Mary Boner, Tralee Rowing Club Chairperson said she was “humbled by the support for Pieta House and Tralee Rowing Club at the Guinness World Record attempt on Saturday. Sincere thanks to all those who planned, organised, assisted, donated and participated in the event. The money raised will be put to great use by both groups”.

Tralee Rowing Club is very proud of its members and fundraising committee and would like to sincerely thank them for their dedication and hard work selling tickets, organising logistics and reaching out to the community to promote the event. 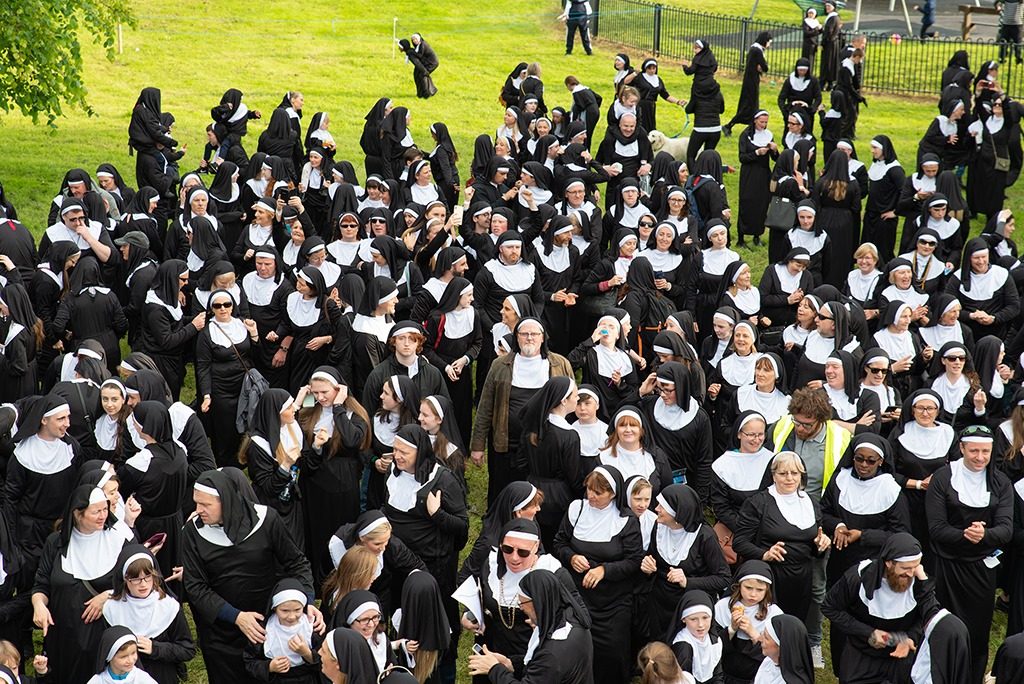