After a ‘marathon’ wait TRC are delighted to be back on the water again with medal wins at their most recent regatta outing.

You may have noticed that the Tralee ship canal was drained of water for 5 months while essential works were completed, this gave Tralee Rowing Club the unfortunate problem of having no water to do what they love best!

All of Tralee ( including the swans ) was delighted to see the canal refilled recently but none more so than the rowers and we have all enjoyed seeing them on the water once again.

Nothing can keep the dedicated members of this club down and despite being unable to use the canal their adult & youth rowers kept up their training in their gym and competed in several Head of the River events and achieved great success at The Provinces Indoor Rowing Championships in November at UL.

The club members have now hit the ground running by making up for lost time on the canal and competing in a busy regatta season.

Club Captain Heidi Giles quoted “this season was even more frustrating than those impacted by the pandemic, it was so difficult knowing that other clubs were getting to train regularly on the water and although Muckross RC were incredibly accommodating and welcoming there’s no substitute for the convenience of using your own boats locally. Our juniors, their families and our adult members were an inspiration to me in how they persisted despite the third season of disruption to our activities.”

Trips to The National Rowing Centre, Limerick and Cork have resulted in some impressive results with wins in C finals at Skibbereen Regatta for Women’s division 1 double crew Niamh Greaney & Paula Moloney and Men’s junior division 2 single scull for Sean Morris.
Castleconnell Boat Club hosted their 500m Sprints this weekend and TRC picked up medals with courageous performances by Sean Morris in the men’s junior 16 single scull and the men’s junior 16 double crew of Sean & Conall Mac Threinfir and a notable performance by Paula Moloney who achieved 2nd position in women’s masters single scull.
At Castleconnell regatta a number of our juniors raced for the first time, raced in a single for the first time, or rowed in a new crew or seat. Each of these are challenging milestones for rowers and there were a number of results that Club Captain Heidi Giles feels deserve huge credit even if they did not yield medals. She went on to explain “Domestic rowing events generally only reward the first position with a medal, as if the early mornings and extreme endurance nature of the sport weren’t harsh enough!”

Recently Club members Tania Lawlor and Gloria O’Connor also completed a hugely impressive feat by ‘rowing’ a marathon of over 42km on Ergometers (rowing machines)
This took them a grueling 4 hours but their months of training paid off and they were back on the water the next day!

Tralee Rowing Club, founded in 2005 by present Chairperson Mary Bonner & Ed Sheldon and has been going from strength to strength with a dedicated and enthusiastic membership of men, women and youth rowers of all ages and abilities.

If you are interested in rowing or are an experienced rower who would like to return to the sport please contact the club by email at traleerowingclub@gmail.com for more information on membership. 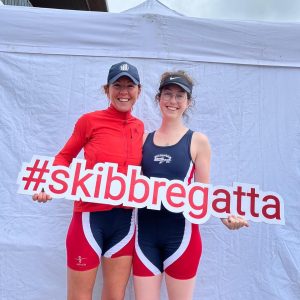 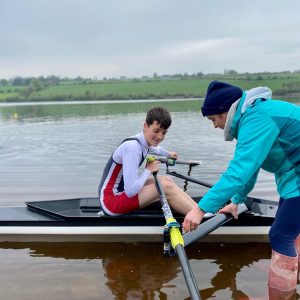 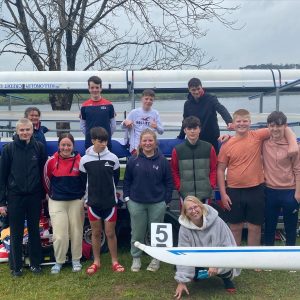 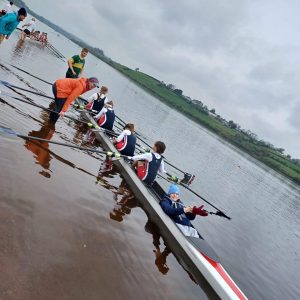